Boys All Levels Golf vs. 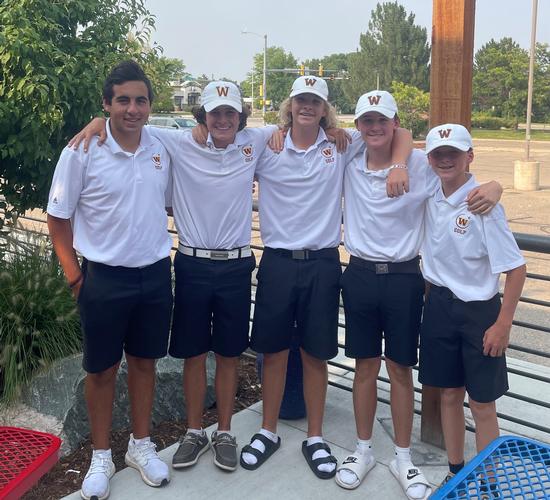 The Windsor boys' golf team continues to achieve the unachievable this fall season. Today the Wizards, which trains out of Pelican Lakes, won the Silver Creek conference match held at Twin Peaks Golf Course in Longmont. It's Windsor's fifth tournament victory out of seven thus far. But that feat isn't what made today's finish impressive. Windsor's four-person score of 303 (23-over) was 16-strokes better than runner-up Holy Family, and marked the first time in school history (it is believed) that all four scoring players finished among the top five in an event. Windsor junior Landon Ball led the way with a second place finish of 74 (4-over), followed by senior Brentyn Paiz and freshman Kellen Ball's identical 76s (6-over) to tie for third and junior Carter Hinkle's 77 (7-over) to tie for fifth. Sophomore Ethan Tippets concluded his round with an 85 (15-over) to place in a tie for 27 out of 50 golfers. Windsor remains atop Northern Colorado Athletic Conference, and will host its invitational on Thursday at Pelican Lakes.